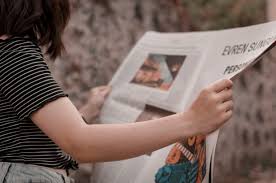 Newspaper advertisements offer great flexibility to firms in terms of content, design, placement and frequency. A company can promote its brand in several ways in newspapers. The display classified section clearly groups an ad in terms of nature and day of the week. A normal display advertisement gives the flexibility of choosing any page in the newspaper. One can change the creative for different insertions in the campaign period while advertising in newspapers and even promote last-minute deals.

One of the biggest advantages of advertising in newspapers is that it is still quite cheap as compared to electronic media. Emerging brands may not have adequate funds to undertake an advertising campaign on television and radio. The only option left for them is the newspaper and mostly for the good. Newspaper campaigns can be tailored according to any budget.

Advertising through newspapers is extremely beneficial, especially for small business owners who want to increase their brand recognition and value. In broadcast media, it becomes extremely difficult to stand out in the crowd with limited budgets. There are many who start their day with a cup of tea and a newspaper.