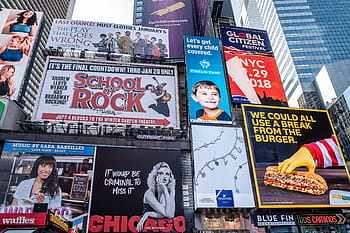 The word ‘billboard’ came from ‘billing board’. If you have not seen one already, it is a large advertising structures found along busy highways, expressways and other high traffic places. Billboards usually display witty slogans and some form of visual design to grab attention. To appreciate billboards, it is important to understand their history.

Billboards were born out of necessity – the necessity was the conveyance of messages to people who were illiterate. According to archaeological findings, the oldest known billboard was used in Thebes in Egypt about three thousand years ago. It was used to offer a reward for the capture of a runaway slave. More recently, the predecessor of today’s modern billboard can be said to be the billposting. This was used in Europe as a source of informal information as opposed to advertising.

Most people may not realize that billboards were initially used as an expression of art towards the end of the eighteenth century when lithography was invented. The very first poster that had an artistic theme was created by Frederick Walker, an Englishman, in 1871 for a play in London. At the start of the twentieth century, there were many schools teaching poster art and some artists such as Talouse Lautrec made names for themselves.

Circus posters formed the first large-scale use of billboards for advertising. The billboards were secured or printed on trucks that were horse-drawn. This was done to increase interest for the shows. At the time, the billboards were not controlled by laws and they were not standardized. The first standard for billboards was set at 19.5 ft by 8.7 ft which was equivalent to the twenty-four sheet poster panels used today.

Eventually standard billboard sizes evolved out of these humble beginnings. These billboard standards were then agreed to by organizations in the United States between 1872 and 1912 which became the standard adopted by different countries all over the world.